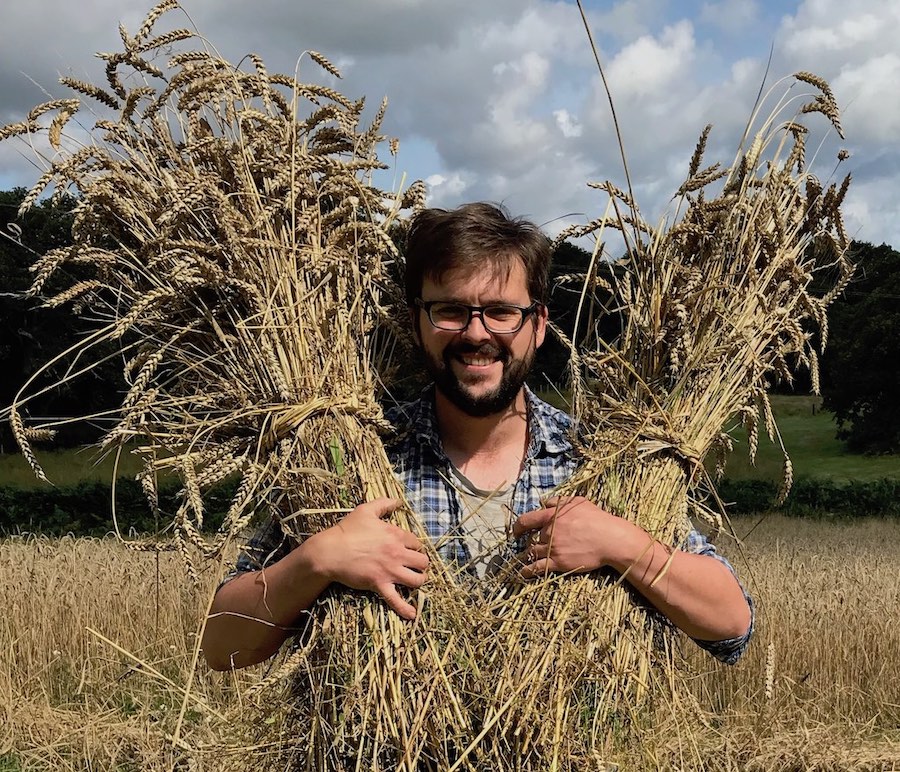 As you may know, Loaf was founded in 2009 in Tom and Jane Baker’s kitchen, just up the road from our current home. A number of our customers (and at least two of our staff) were taught to bake there and the current Loaf teaching method — our pedagogy, if you like — can be traced to those early classes.

So it’s with great pleasure that we can announce Wholegrain Baking with Tom Baker, a new masterclass running approximately three times a year, and starting on Saturday 18th February.

We thought it would be nice to ask Tom what’s brought him back to Stirchley and to say a bit more about what the class will cover, besides making great bread.

What’s brought you back to Loaf?

Teaching was a big part of my role at Loaf, and the cookery school was the first thing I started. I never intended to start a bakery too, that just kind of happened! Anyway, since launching Rye and Roses Bakery, teaching hasn’t been part of my life, and over the last couple of years I have started to miss it.

I really enjoyed coming back to Stirchley for the Loaf 10-years-on-the-high-street anniversary in September. It was a great opportunity to formulate some plans to come back — to get back to teaching, to share some of my experiences of starting a bakery with a strong focus on wholemeal baking, and on a selfish level, to reconnect with my Stirchley family and visit some of the great places that have sprung up since we left.

Can you tell us more about bringing wheat growing back to the Dyfi valley?

Within a few weeks of moving to Machynlleth, we went to a Welsh-language folk gig in a local café (a very typical experience here!), and were introduced to a few other people who had an interest in doing some small-scale grain growing. We formed a loose collective and started a trial quarter-acre patch of wheat on one of the member’s land, doing everything by vintage tractor (ploughing), by horse (harrowing), or by hand (sowing).

Over the first couple of seasons we got a local vintage machinery club involved and invited some local farmers to the ploughing, harvesting, or threshing days. In 2020 one of them was inspired enough to go back to his farm and plough three acres for wheat. Over the last two seasons he’s provided almost all the wholemeal flour we use at Rye and Roses. The collective still runs some experiments at a small scale but wheat for the bakery is grown on two local farms. 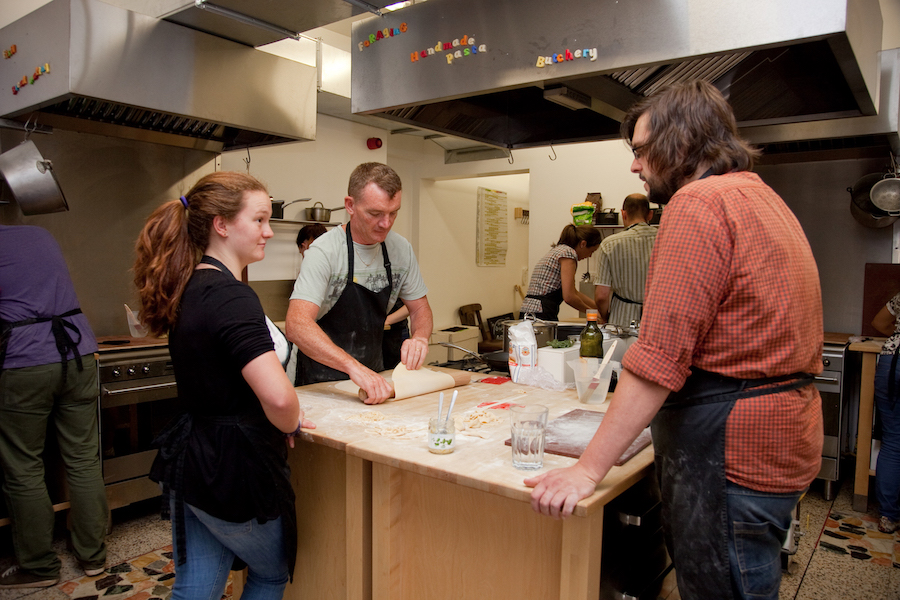 Tom teaching one of the first bread classes at Loaf’s cookery school.

Your new class will touch on some of the broader economic and political issues around bread. What are some of these?

Why is local grain often much more expensive than commodity grain? When white flour is produced, what happens to all the discarded other parts of the grain? With white flour being so cheap, who can possibly benefit? What is the impact on the environment of producing cheap commodity grain?

Food politics is something that has always fascinated me and something that we all subconsciously choose to either address or ignore at least three times a day. Bread is symbolic for much of the politics that surrounds food and by taking a closer look at a relatively short supply chain of seed — to farm, to mill, to baker — we can get to the heart of some of the bigger political issues that effect the food industry.

How does this fit into the ‘Tom Baker story’?

Before I started Loaf I was a nutritionist for the NHS, promoting healthy eating and good nutrition throughout Birmingham. Starting Loaf was in many ways a continuation of this mission for me, and this new course is yet another chapter in that story. I’m excited to be coming back to Stirchley a few times a year, and sharing some of my passions and experiences again. 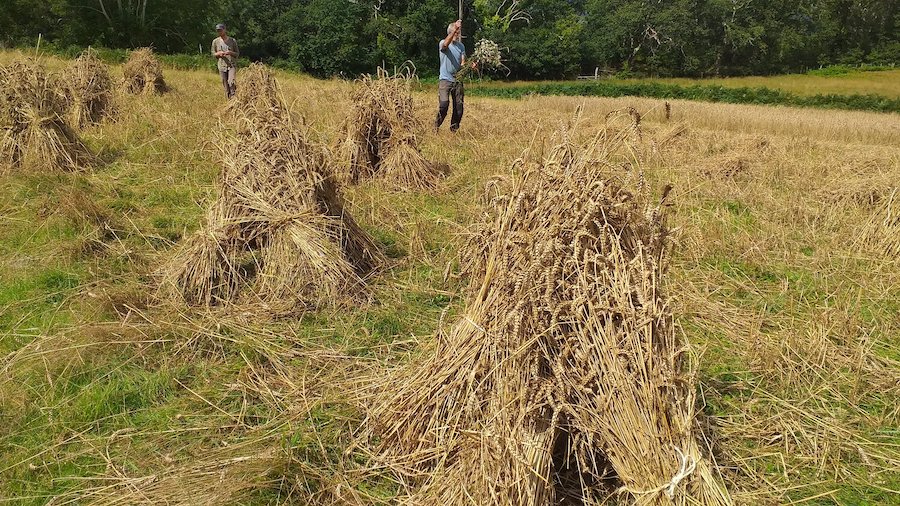